How to Garden › Why are the Bees Disappearing and What to do About it?

Why are the Bees Disappearing and What to do About it? 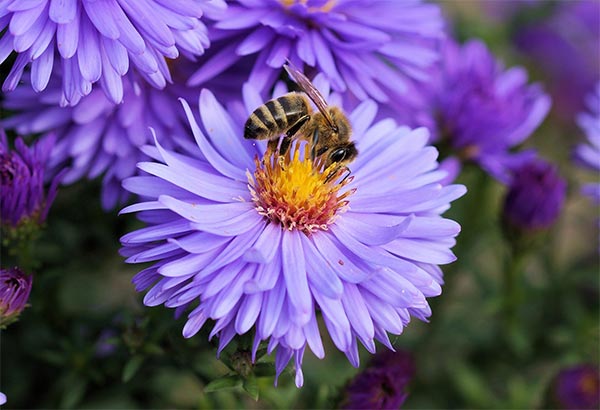 For the past several years, there has been growing public furor over the presence of neonicotinoids in flowering plants grown in the U.S. which some experts believe are responsible for dwindling bee populations. Widely used by farmers since the 1990’s when they were introduced, neonicotinoids are nicotine-derived systemic pesticides, designed to prevent insects from damaging crops. The pesticide is applied by coating the seeds used to grow a variety of crops including the vast majority of fruits and vegetables grown in this country. Residual amounts of pesticide remain in the plants as they flower and are ingested by bees drinking their nectar.

While various studies have linked this ubiquitous pesticide to the well publicized colony collapse disorder (CCD) affecting domesticated honey bees, the dramatic decline in the native bee population is of even greater concern. Since 2006, when the alarm bells started ringing about CCD, the decline of more than 700 species of native bees in the U.S. has also been noted, with about half that number in danger of becoming extinct. Why are bees dying?

The Importance of Bees to our Food Supply

Many people are only vaguely aware of the multitude of bee species that live among us; only certain ones are universally recognized such as yellow jackets, bumble bees, and hornets, for example. In fact, there are 4000 native bee species in the U.S. responsible for pollinating 80 percent of flowering plants. One third of the food we grow is pollinated by bees. In particular, native bees are instrumental to the cultivation of many popular fruits, including tomatoes, eggplants, pumpkins, watermelons, blueberries, and cranberries, which are incapable of self fertilization.

Of course, domesticated honey bees are also important crop pollinators; without them, we probably wouldn’t have California almonds. But native bees are generally more effective pollinators, responsible for production of twice as much fruit, in the case of blueberries, for example, than honey bees. In addition, honey bees aren’t big enough to pollinate tomatoes; that work is left to the efforts of native bumble bees.

While we are worried about the wellbeing of all bees, domesticated and native, given their importance for fertilizing crops as well as flowers, we are concerned that the plight of the native bees has not gotten enough attention. Most wild bees do not live in social colonies that can be managed; they lead a solitary existence, nesting in the hollow stems of wildflowers, in the ground or in wild brushy areas.

Why are the Native Bees Disappearing?

Almost all experts believe the reason for the decline in native bee populations is multi-dimensional perhaps due, in part, to pesticides, but most certainly due to other factors as well. A major contributing factor is related to the loss of the bees’ natural habitat as more and more “wild” land is developed to make way for new roads and houses with manicured yards.

Another important consideration is the bees’ disappearing food supply. All bees require sustenance and nutrition derived from the nectar of flowers throughout their entire lifespan. For native bees, which don’t store nectar as honey in hives as do honey bees, it’s critical that there is a plentiful supply of early, mid and late blooming annual and perennial flowering plants all season long. Monoculture practices of modern large scale farming operations whereby one crop is cultivated to the exclusion of all others, means that all the plants in a wide area flower at the same time for a short period, leaving the local native bees without food the rest the time.

Bentley Seeds Wants to Help Save the Bees

Our passion for the environment and the natural world led our family into the seed business over 40 years ago, and we continue to strive to be responsible stewards of the Earth today. Our high quality seeds come from small U.S. farms which practice sustainable growing methods. The seeds are non-GMO as well as “open-pollinated” which means they are from genetically diverse plant stock that will adapt well to their local growing conditions.

Our packaging is eco-friendly, made out of recycled paper and printed with soy-based inks. As part of our company culture, we embrace using fewer resources and making the most of what we do use, to reduce our carbon footprint and landfill waste.

Home Gardeners: How to Help Bees

As has oft been repeated in the media since the possibility of bees becoming extinct became widely known in 2006: what’s happening to the bees may well be a sobering reminder writ large of what’s happening to our global environment. Becoming aware and understanding the problem is the first step. Then, if each and every one of us makes an effort to grow at least one pesticide-free pollinator-attracting flowering plant every season, maybe we can save the bees…and maybe save ourselves in the process.