How to Garden › Planting the Past with a “Three Sisters” Garden

Planting the Past with a “Three Sisters” Garden 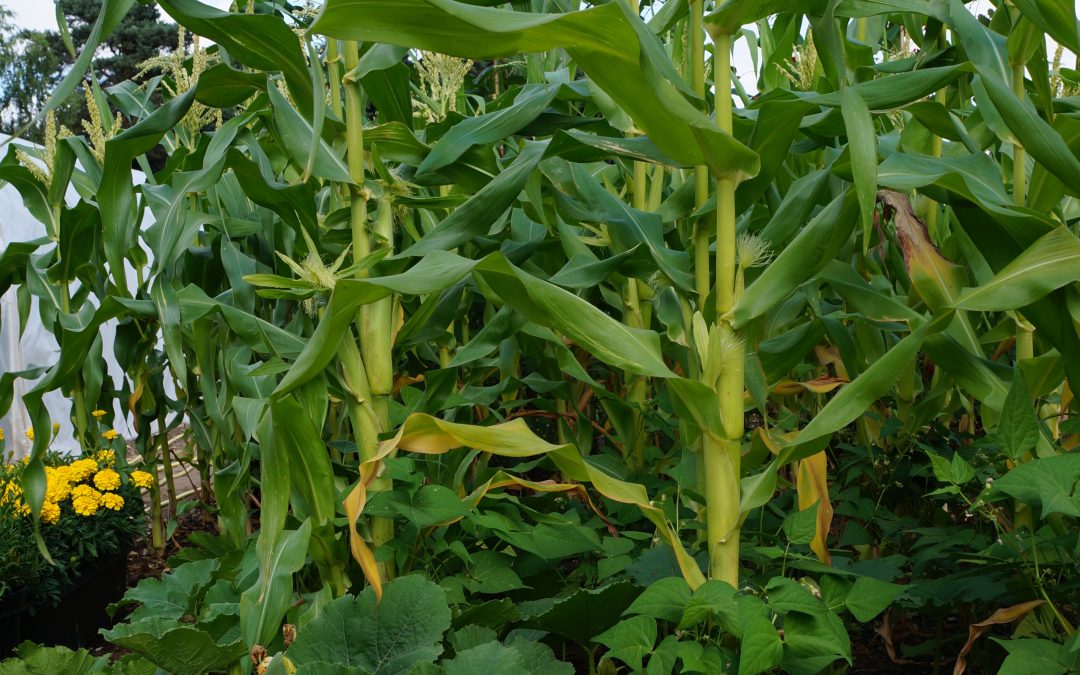 The history around our small community of Cambridge in northern New York is rich with agricultural lore and legend dating back centuries. The area was originally home to the Iroquois Five Nations, who were a mix of farmers, gatherers, fishers and hunters.

The earliest and most important of Native American agricultural traditions was the custom of The Three Sisters. The Iroquois of the northeast, along with the southern Cherokee tribes, practiced companion planting of corn, beans and squash together in a sustainable and resourceful system that not only provided a healthy diet but also kept the soil rich and bountiful.

Called “The Three Sisters” because the three plants nurture each other symbiotically, this tradition played a critical role in the Native American garden. This trio of plants thrived especially well together and provided high-yield, highly nutritious staples of their diet, and most efficiently utilized the land. These early farmers saved the best seeds from each harvest for the following season, resulting in the development of strong seeds ideally suited for the environment in which they had adapted. By the time European settlers reached the area, the indigenous people had developed the growing of these three crops into a central food system that the new settlers quickly adopted.

Iroquois women traditionally tended the fields. In the late spring, they tilled the earth, planting corn in small, mounded hills first. A few weeks later, they planted beans in the same hills with squash circling the border of the mound. The cornstalks served as poles for the beans to grow upon, the beans stabilized the corn and supplied much-needed nitrogen to fertilize the soil for the corn and squash. The squash leaves provided ground cover for the corn and beans delivering shade and weed control. These three plants thrive better together than when planted alone.

Planting a Three Sisters plot is a delightful way to honor American history and create a healthy garden. You will need a fairly large garden plot as these plants need to spread out a bit to flourish. Mound the soil about a foot high at the center and 3-4 feet wide, flattening the top of each mound at the center. Space your mounds at least four feet apart.

Start with hearty sweet corn with robust stalks for the beans to twine around. Plant the corn after the last frost of the season. Dig a small hole in the center of your mound and add a couple of corn seeds to each mound.

When the corn seedlings are about 3-4” tall, plant your beans in the same mound. Select a pole bean, not a bush bean. Our heirloom variety Kentucky Wonder is a great choice—its tall, vigorous vines produce delicious beans that have been enjoyed for generations! Plant three or four bean seeds around each corn seedling.

A week later, plant your squash circling the outer edges of the mound. Choose a small-leaf variety such as our Black Zucchini or our Early Summer Crookneck. Space squash seeds evenly around the perimeter, creating six plantings (you might want to add a couple of squash seeds to each planting to ensure germination).

Adding sunflowers alongside your mounds will attract pollinators and distract birds from the Three Sisters seeds while making your garden especially pretty. Plant the sunflowers at cross-sections between your mound hills. Pick from our bright yellow Lemon Queen, our staff-favorite Mammoth Seed, colorful Autumn Beauty, or better yet, choose our Sunflower All Sorts Mix to fill your garden with a gorgeous mix of sunflowers of all sizes!

Planting a classic Three Sisters Garden is a wonderful family project, rich in storytelling, American history and gardening lore, along with important environmental teachings on sustainability, biodiversity and lessons in keeping your garden soil healthy.