How to Garden › How Can Gardeners Help Save the Butterflies?

How Can Gardeners Help Save the Butterflies? 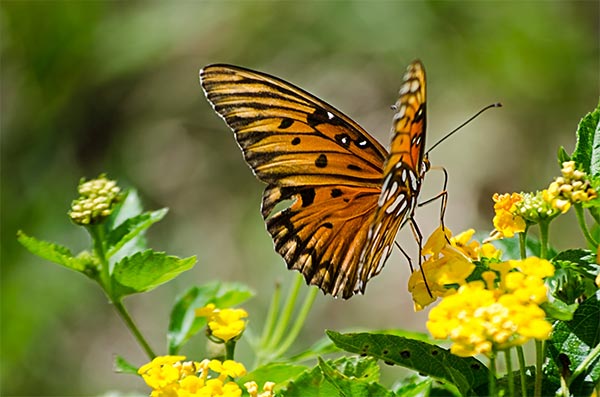 The appearance of butterflies in spring and summer elicits universal delight. With their delicate wings and varied colors and intricate markings, along with their seemingly capricious flight paths, they are a never-ending source of fascination and wonder. Sadly, more than a few butterfly species are listed as endangered by the U.S. Fish and Wildlife Service—including the beloved monarch butterfly (Danaus plexippus)—due to loss of their habitat. But gardeners can help save the butterflies through judicious planting and landscaping as we explain below. 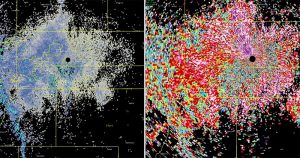 Interestingly, butterflies made the national news in the fall of 2017: a huge swarm suddenly appeared as a giant, spectacularly-colored blob on Colorado weather radar, prompting confused personnel at the National Weather Service to reach out to the public on the ground via Twitter for help determining what it was. It turns it was a 70-mile mass of Painted Lady butterflies making their way toward their winter migration grounds in the southwestern U.S. and Mexico.

Why do Butterflies Migrate? 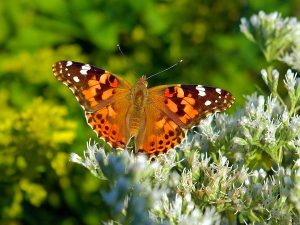 Painted lady butterflies, a species commonly confused with their larger, more famous migrating cousin, the monarch butterfly, are found all across the continental U.S. during warmer months. These butterflies are not only beautiful but they serve a critical function in our environment by pollinating important flowers and providing food in caterpillar form for some of our favorite birds.

As the days become shorter, accompanied by cooler, fluctuating temperatures—signaling the start of fall—certain species of butterflies are prompted to begin their seasonal migration. Since they’re cold-blooded, butterflies simply can’t handle the cold in the north and some species head to warmer climes in order to survive long enough to reproduce. Other species remain, spending the winter as caterpillars or pupae; a few species of adult butterflies hibernate locally in crevices of trees or other structures.

What do Butterflies Eat?

Migrating butterflies must head south in search of fresh food sources. Adult butterflies consume a variety of different substances for nourishment, including flower nectar, tree sap, pollen, and rotting fruit ‘juice’—culinary fare which isn’t normally available in northern winters. Adult butterflies drink—not eat—for sustenance. Migrating butterfly larvae, which emerge as caterpillars in the spring, on the other hand, eat leaves and flowers, in enormous quantities. By the way, here’s a fun fact: adult butterflies taste with their feet which means they can sense what a flower tastes like simply by landing on it. 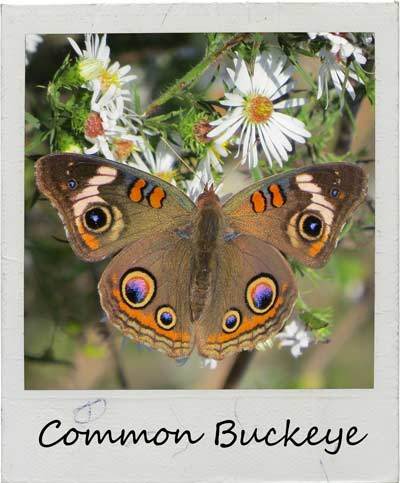 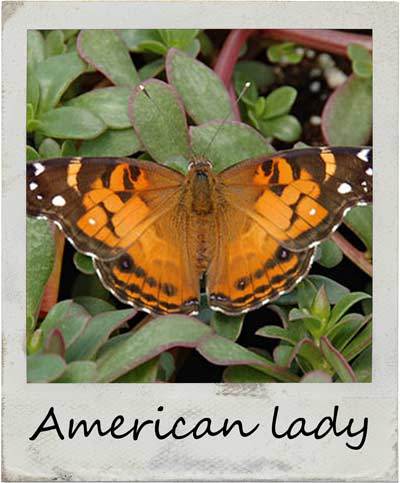 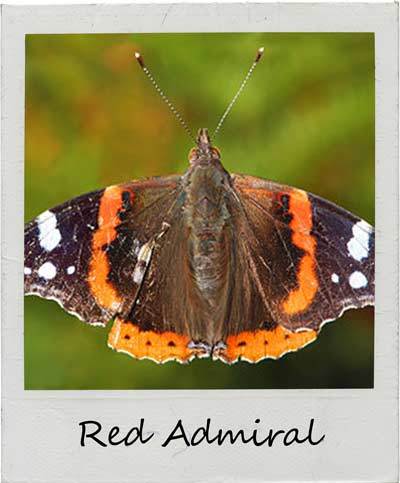 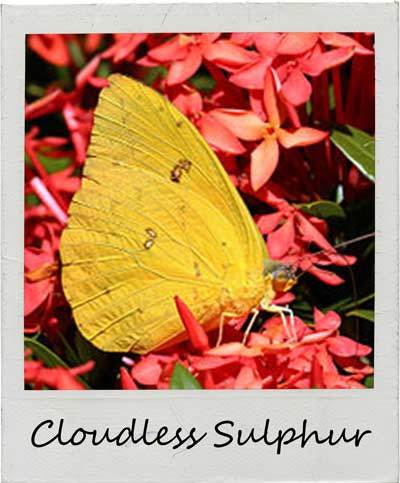 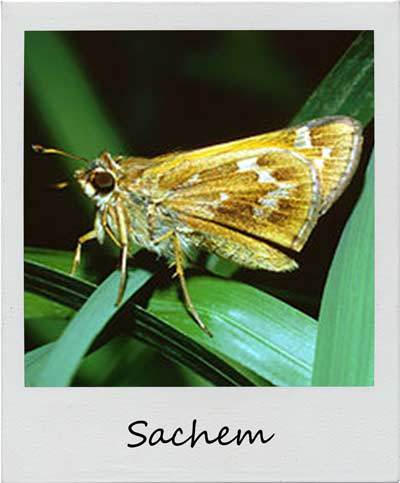 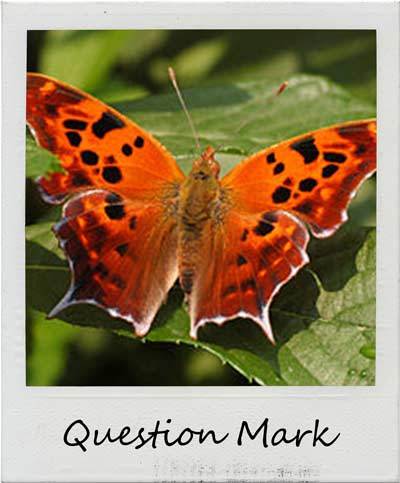 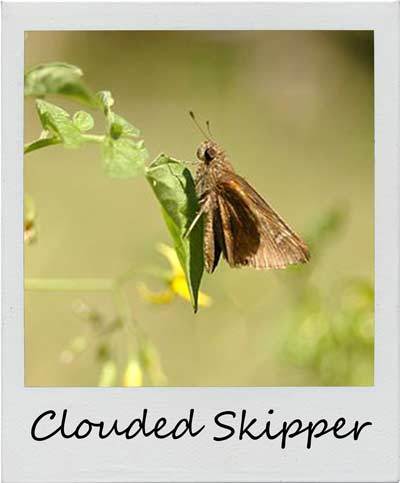 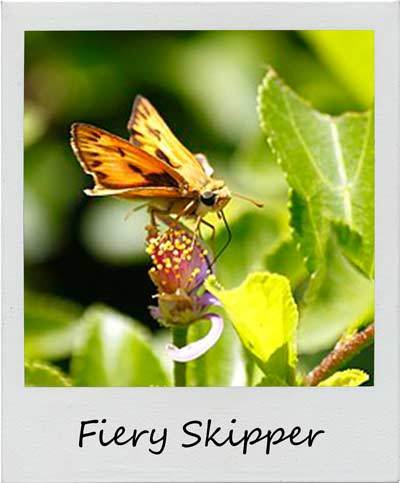 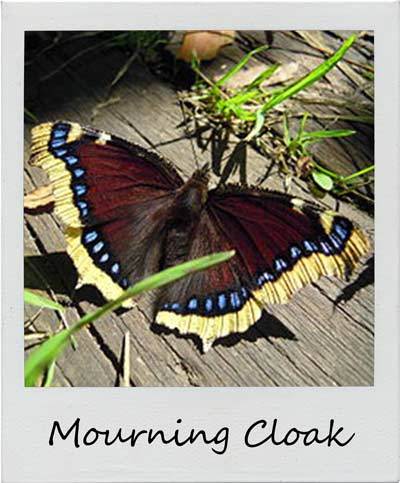 There are various species of North American butterflies that migrate, in addition to the the two listed above, they include Common Buckeye, American Lady, Red Admiral, Cloudless Sulphur, Skipper, Sachem, Question Mark, Clouded Skipper, Fiery Skipper, and Mourning Cloak. As has been well-documented, awe-inspiring monarch butterflies migrate the longest distances, taking advantage of air currents and thermals with some sort of internal compass—traveling sometimes up to 3,000 miles!

Where do Monarch Butterflies spend the Winter? 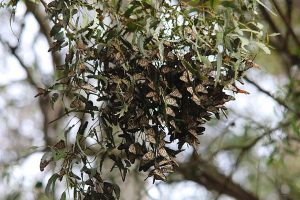 Monarch butterflies return to overwinter in the same locations near the coast in southern California and in the mountain forests of central Mexico every year. They spend the winter together roosting in a tight cluster in the trees in order to stay warm and conserve energy in anticipation of breeding in late winter and then, shortly afterward, commencing the return trip north.

Interestingly, though, the butterflies that head south in the fall for semi-hibernation are not the same ones that left the preceding spring—they are a subsequent generation. Yet, somehow, the latest generation knows to return to the same overwintering spot—a remarkable and mysterious feat of nature.

Unfortunately, these overwintering habitats have been shrinking due to urban development and deforestation due to climate change, which has contributed to the documented decline in the population of monarch butterflies in the last twenty years. The good news is various wildlife experts and both the U.S. and Mexican governments have been working together to try and come up with a plan to address this problem, though time is running out. 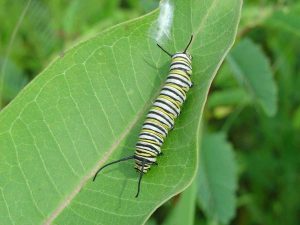 In early spring, as they embark on their return trip, the nomadic monarchs slowly make their way to the southwestern U.S. where they seek out milkweed plants as a place to lay their eggs, using a combination of visual and chemical cues. Monarch butterfly larvae—the caterpillars that quickly emerge from the eggs—ONLY eat milkweed which is why it’s so important that the adults are able to find it. If they’re successful, they launch the next generation—before dying a few weeks later.

The caterpillars develop into butterflies and continue the migration north. It will take several generations—and a lot of milkweed plants along their route—for monarch butterflies to make it back to their summer home. Adult monarchs feed on a variety of nectar-producing flowering plants in addition to milkweed. It’s important that milkweed and other life-sustaining plants are available from early spring until late fall to ensure the butterflies always have something to eat (or rather, drink). 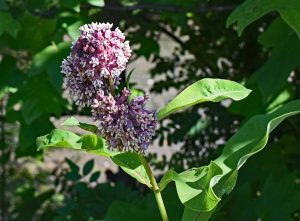 Unfortunately, native milkweed plants have been disappearing due to modern, large-scale farming and weed control practices, which have been the biggest contributor to the drop in the monarch population, according to researchers. While conservationists are busy trying to work out a broad solution to this problem, home gardeners can help, starting immediately:

Butterflies and the Environment

Butterflies and other pollinators are important for our food supply as well as many of the beautiful flowers that surround us in summer. But they are also a bellwether for our environmental health. If their numbers continue to drop, that doesn’t bode well for the rest of us. If we all just plant a few native flowers including milkweed, we can make a difference.