How to Grow Cilantro 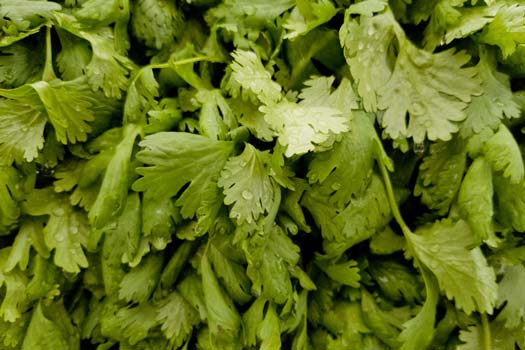 Cilantro might be the ultimate “love it or hate it” herb, with a lemony-peppery flavor that registers for some people as “soap,” but which has also made cilantro a staple of Asian and Mexican cuisines.

Cilantro is reported to be a good digestive aid. Of course, like all plant food, it contains fiber which aids digestion, but, supposedly, it also has properties that can prevent other gastrointestinal problems like bloating and heartburn.

Cilantro—Coriandrum sativum—is native to Iran but has long grown wild through southern Europe and western Asia. There is evidence that cilantro has been consumed for thousands of years. Apparently, ancient Egyptians and Greeks believed coriander seeds to be an aphrodisiac which explains why the seeds were placed in Egyptians tombs: they were a symbol of eternal love and passion.

Cilantro is a member of the Apiaceae or Umbelliferae family which also includes celery and carrots, as well as parsley, dill, and other well-known herbs. Cilantro can be preserved through freezing but not drying which will cause it to lose its distinctive flavor.

In spite of the fact that cilantro and coriander come from the same plant, they don’t taste the same. Coriander has a light, floral, lemony taste that’s somewhat similar to cardamom while cilantro’s taste is more peppery. For 4-14% of the population with a particular olfactory gene set, cilantro tastes like soap, which explains why some people seem to vehemently hate cilantro. That’s right—your sister, boyfriend [fill in the blank]—were not being dramatic—they actually taste soap. The reason for that is they’re particularly sensitive to the smell of aldehyde chemicals which are found in BOTH cilantro and soap.

Moderately-easy, depending on your climate (cool weather is better).

Cilantro grows well in the cool temperatures of early spring.

Direct sow cilantro seeds in the outdoor garden after the threat of frost has passed.

Plant seeds ¼ inches deep, tamp down soil and gently sprinkle with water. Thin and space according to seed packet instructions.

You can start harvesting leaves 3-4 weeks after sowing the seeds.

Add mulch as the seedlings develop to retain moisture and discourage weeds.

Cilantro is susceptible to aphids and whiteflies, as well as wilt and mildew.

As noted above, cilantro bolts in hot weather. You can forestall this by planting it where it will get early morning or late afternoon soon and by pruning it frequently.

As noted above, cilantro is a helpful companion to a number of garden plants as it attracts beneficial insects that feed on insect pests. It shouldn’t be planted with fennel.

Yes! Cilantro, with its bushy foliage (assuming you prune it frequently), complements other container plants nicely.

In zones 8, 9, and 10, fall is the best time to plant cilantro. It will last until the weather heats up in spring. 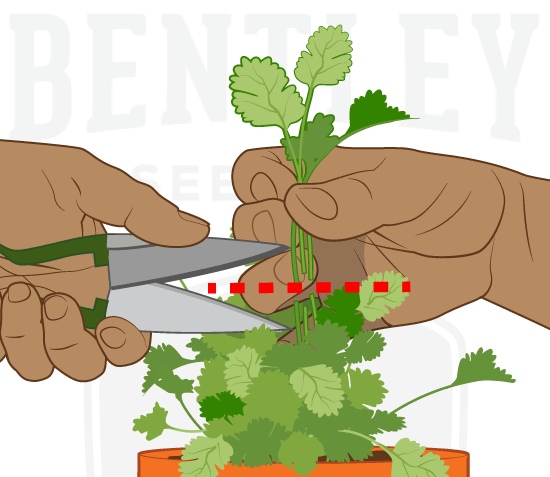 To harvest cilantro, snip the leafy stems close to ground level. Harvest foliage continuously until it bolts in the hot weather.