How to Grow Chives 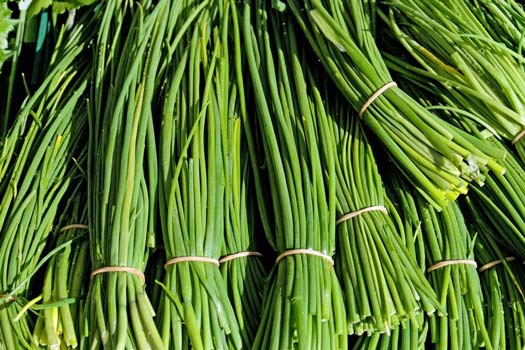 Chives are an easy-to-grow perennial herb that can be used in a variety of recipes, while also offering medicinal benefits and a bit of decorative appeal.

Chives are not only a delicious culinary herb, they add ornamental interest to the garden and are a great addition to cut flower bouquets. They’re also useful for controlling soil erosion.

Chives are among a group of herbs that repel insect pests in the garden. Chives repel aphids, Japanese beetles, and carrot flies. Like most herbs, chives can be frozen or dried for later use in a variety of applications but they won’t be as good as they are when fresh.

Chives are also reported to have medicinal benefits including the relief of various digestive problems. Allegedly, they have antibacterial qualities which can help ward-off the effects of any dangerous bacteria in the food we eat. They also reportedly lower blood pressure and cholesterol levels while boosting the immune system.

Chives—Allium schoenoprasum—are among the world’s most ubiquitous herbs. Originally native to India and China, chives were first cultivated in Europe during the Middle Ages. Today, they’re wide grown throughout the world. There is an Asian variety called Chinese chives, garlic chives or kuchai.

Chives are members of the lily family which also includes onions, garlic, and leeks. Don’t substitute fresh chives in recipes calling for dried chives as the taste won’t be the same. Chives are delicate and taste better when handled carefully: snip them with scissors rather than chopping them and don’t subject them to much cooking.

Well-drained, enriched soil is best though they will grow almost anywhere. For best results starting seeds, soil should be 65°F.

Once established, chives will tolerate a wide range of temperatures even those that dip below zero.

Start chive seeds indoors about 8-10 weeks before your last anticipated spring frost or direct seed outdoors after the threat of frost has passed.

Plant seeds ¼-½ inches deep, tamp down soil and gently sprinkle with water. Thin and space according to seed packet instructions.

Seeding to maturity generally takes 90 days or so.

Chives are not greedy consumers and don’t need to be fed.

Add mulch as the seedlings develop to retain moisture and discourage weeds.

Chives are hearty plants not susceptible to pests or disease.

As noted above, you will need to divide your vigorous-growing chives every couple of years to keep them under control.

Chives are a helpful companion to a number of other vegetable plants including: broccoli, cabbage, carrots, eggplant, mustard, peppers, squash, and tomatoes. The taste of your carrots will be particularly enhanced by the proximity of chives.

Yes! Chives look great in containers either alone or with flowers. 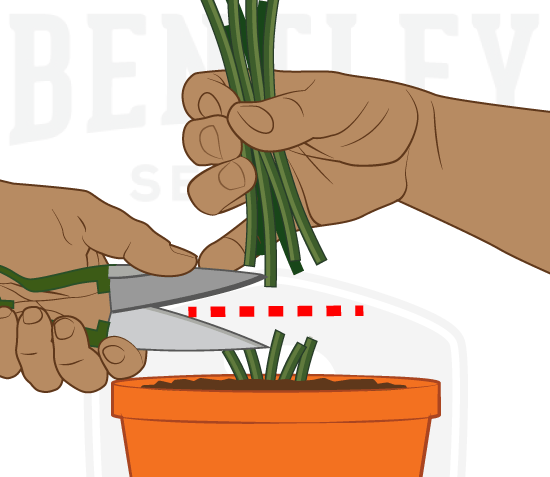 To harvest chives, snip the shoots close to the ground, several times a season. Note that if you snip the tips of the shoots, the stalks will become tough.