How to Garden › Earth Day 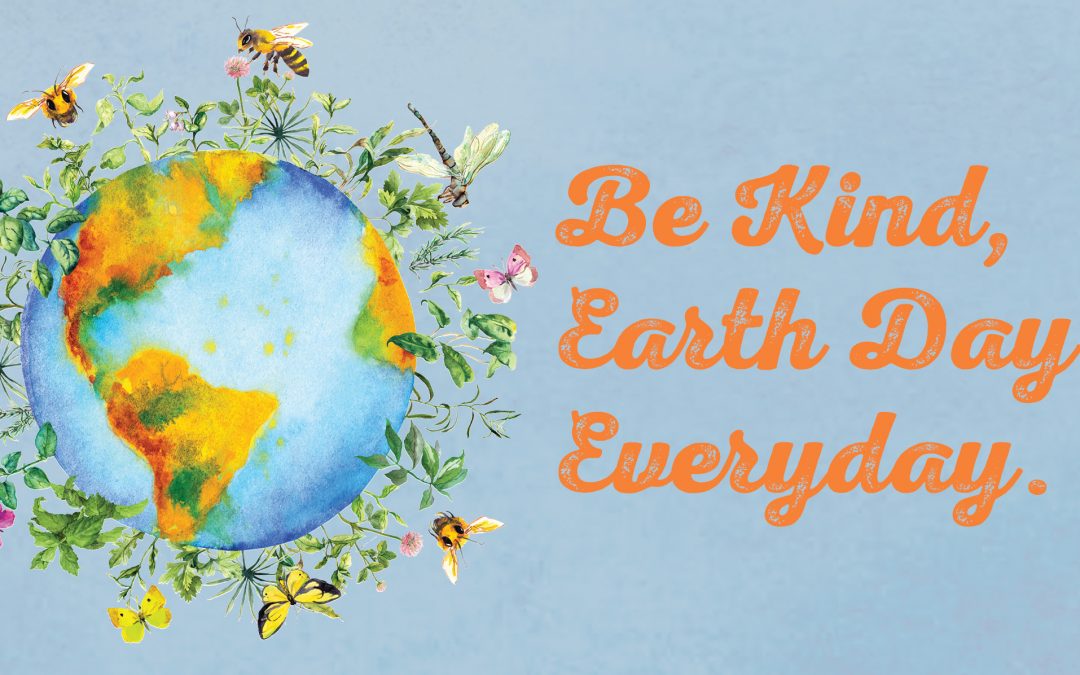 “The Earth is what we all have in common.”

Earth Day is celebrated every year on April 22nd. On the first Earth Day in 1970, millions of Americans (about 10% of the population at that time!) united in the streets and on college campuses in hundreds of cities across the nation to protest the devastation of the environment, celebrate the planet and demand change. In the more than 50 years since its inception, landmark environmental legislation has been passed in the United States and in more than 190 countries around the world!

Earth Day was proposed in 1969 by Wisconsin Senator Gaylord Nelson and the first Earth Day celebrations were grassroots efforts organized on local levels by small bands of activists and volunteers. The support broadened in scope over the decades to become a global effort and helped to grow and strengthen the environmental movement. Earth Day has now become the planet’s biggest and most united civic celebration!

The adage “Think globally, act locally” is a vital rallying cry for gardeners of all shapes and sizes from large-scale sustainable agribusiness farms to small backyard plots. Fighting climate change through regenerative agriculture to rebuild soil health and reduce carbon dioxide can have a huge effect on a global scale but just the simple yet soul-enhancing essential act of planting some veggies and flowers (even if you only have a small patio and fill your pots with salad stuff and cutting flowers), can create meaningful impact. Add a few million or billion small-plot backyard/kitchen gardens throughout the world and that impact becomes substantially more significant. Gardening not only adds to delivering sustainable food to your table but also helps to clean the air and soil and reduce our carbon footprint. Choosing open-pollinated seeds (seeds pollinated by bees, birds, wind or people) allows for plants that acclimate to local growing conditions as the environment changes year over year. And that makes Mother Nature happy.

From its beginning in 1975, Bentley Seed Co. has been at the forefront of the sustainability movement. Just six years after the first Earth Day, Bentley Seed Co. opened its doors with a commitment to selling heirloom and open-pollinated varieties that are naturally disease- and drought-resistant. One of the main pillars of the Company’s mission has been a dedication to offering pollinator-nurturing varieties and to advising customers on how to be a best friend to the birds, bees and butterflies. They offer a very select amount of each variety to make it as easy as possible for their customers to grow good things. A small, hand-picked range of all their herb, flower and veggie seeds makes it simple to shop and ensures there are strict quality controls in place.

Bentley Seed’s third-generation CEO and gardener, Jeff Bentley, and his family are passionate about providing open-pollinated and non-gmo seeds to their customers. “If the planet isn’t healthy, the seeds that grow the food to sustain us won’t be healthy or won’t grow at all, and that’s a huge problem,” says Bentley. “We have customers who have been with us for decades and generations, but we are also attentive to the just-starting-out growers and all those in between. Our motto has always been “stick with us and we’ll stick with you. Wherever you are on your journey, we can meet you there.”

This Earth Day, celebrate spring and the beginning of a new growing season with our Earth Day seed packet favors to grow or give. Sustain the pollinators, revive the soils, put fresh air into the world, and, while you’re at it, delight in growing delicious veggies and herbs and beautiful flowers! Happy Earth Day!