How to Garden › Do Bees Hibernate in Winter?

Do Bees Hibernate in Winter? 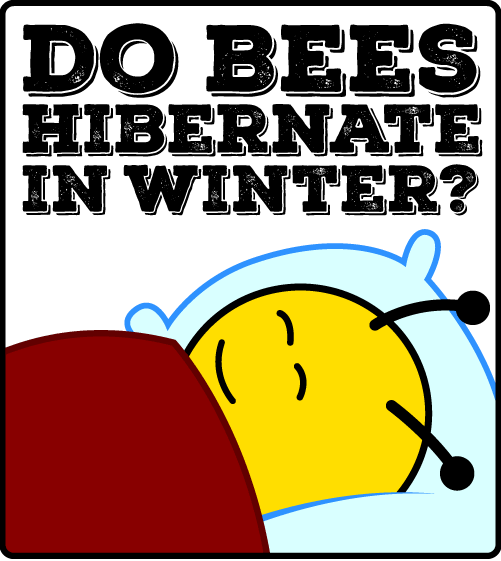 We spend a lot of time marveling at and sharing our knowledge about bees and other pollinators and stressing the importance of creating landscapes that can sustain them. But as days shorten and temperatures cool in most parts of the country, summer becomes an increasingly distant memory, perhaps begging the question: what happens to the pollinators during winter? Do bees hibernate—like bears, or migrate south for the winter—like birds? What about bats, butterflies, and hummingbirds? What prompts these pollinators to commence migration/hibernation? Is there anything gardeners can do to help them survive the winter? And, when do they come out again in the spring?

As we’ve mentioned in our other posts on this topic, there is a huge variety of bee species throughout the world, though honey bees seem to get most of the publicity. Honey bees have it relatively easy in that they exist as members of organized colonies with a prescribed set of social rules intended to ensure their survival. But all bee species seem to have one common mission: the survival of the queen(s), thus ensuring their species’ propagation. 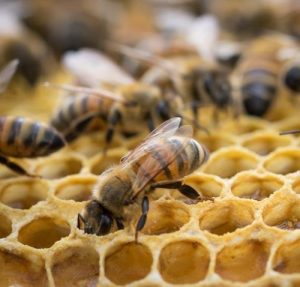 Honey bees head to their hives to ride out the winter when the temperature drops to below 60°F. There, the worker bees (all female) form themselves into a protective cluster around the queen to ride out winter. The worker bees generate warmth within the hive by fluttering their wings and shivering. They rotate positions throughout the winter to ensure they all stay warm enough to do their job. Of course, the bees need a lot of honey to fuel all that energy, but they’ve been preparing for that all season. 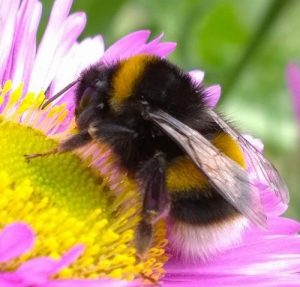 Gentle bumble bees are ubiquitous denizens of a healthy summer garden, though the location of their nests—outside in leaves, grass clippings or mulch, or sometimes in the attic—is not always obvious. Among the first pollinators to appear in spring, bumble bees organize themselves in colonies during the summer months, though these colonies are short-lived. New queens and males produced in the spring and summer, emerge from their existing nests, eat as much as possible, and mate with bees from other nests. Then the new (fertilized) queens go into hibernation, on their own, as winter approaches—sometimes for as long as nine months. Meanwhile, the old queens, workers and males die.

Bumble bee queens hibernate by digging themselves into a little hole in well-drained soil, often on north-facing banks (protected from direct winter sun that might coax them out of hibernation prematurely). Come spring, they give birth to new queens and males and the cycle continues. 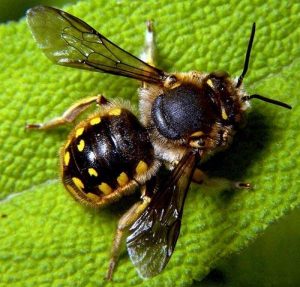 Distinguished as our most efficient pollinators, 70% of solitary bees are mining bees that nest in underground burrows. The rest include cavity-nesting bees, wood-nesting bees that nest in trees and twigs as well as those that create nests out of mud attached to external objects. Similar to bumble bees, the queen hibernates, in a nest, by herself—hence the solitary appellation—shortly after mating and emerges in spring, continuing the lifecycle. Other species overwinter as larvae, maturing into adult bees the following spring. 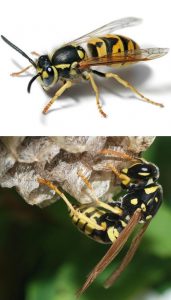 Generally regarded as a potentially painful nuisance, yellow jackets and paper wasps are a beneficial addition to our gardens as they prey on garden pests, such as caterpillars, in spring and early summer, keeping their numbers in check. Similar to the solitary bees described above, these fertilized queens go into hibernation as winter approaches, emerging in the spring, following a similar life cycle. Favorite hibernation spots include tree stumps and hollow logs as well as random manmade structures.

During the summer months, paper wasps prepare their nests out of paper they create from plant fibers. Yes, these are the menacing nests you see up high attached to houses and trees. The queens lay their eggs in these nests and the colony expands rapidly, attaining maximum size in late summer/early fall, when the bees emerge to reproduce, etc. The paper nests are abandoned, never to be used again; the bees don’t use them for over-wintering, so don’t fret about removing them in winter. 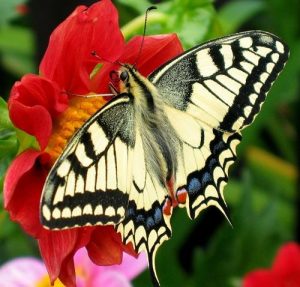 In areas of the country where temperatures dip below freezing in winter, most resident butterflies spend the winter as caterpillars or pupae. A few adult species hibernate in holes in trees, in crevices or in whatever shelter they can find. However, many species of butterflies migrate to warmer climes in winter, the Monarchs being the most famous, returning when conditions are favorable in the spring. 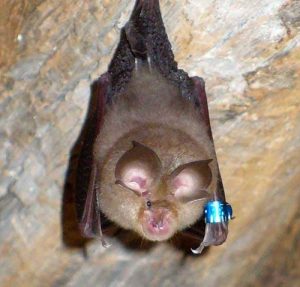 Gardeners understand how beneficial bats are for our environment, both as predators of insect pests and as pollinators. From late fall until spring, some bats migrate to warmer areas; others hibernate in caves; some do both. Bats hibernate wherever the ambient temperature is over 45°F which includes the inside of homes and other buildings, causing potential conflict with the human inhabitants. If you find bats in your home, consult a wildlife expert for guidance. 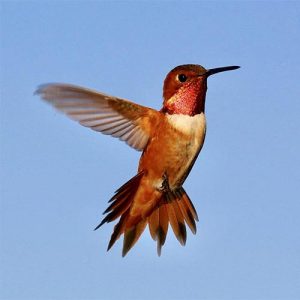 As the days start to shorten in late summer, hummingbirds are prompted to migrate to warmer regions, though each species has its own migration pattern. They lead a solitary existence, so they neither live as part of a flock nor migrate en masse, as do, say, Monarch butterflies. In spring, they tend to return to the same place they hatched. Their return is timed to coincide with the blooming of their favorite flowers.

What Gardeners can do to Help

As we’ve explained in our other posts about pollinators, gardeners can attract them and aid their survival by creating a habitat consisting of native species of trees, shrubs, grasses and flowers. It’s important to leave some part of the yard “wild” to provide safe spaces for nesting and over-wintering. You don’t need a big yard to help these eco-friendly friends—just the right kind of plants and a bit of organic detritus.