How to Garden › Companion Planting 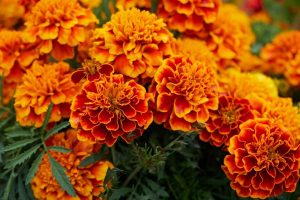 With few exceptions, most living organisms on earth have evolved to depend on one another, and that includes plants. This co-dependence is not only critical for their survival—whether for sustenance or protection—but, in some cases, enables them to thrive. Companion planting embodies this principle: it’s a gardening technique whereby you purposefully plant particular species together for their mutual benefit. The benefits may include protection from the elements, defense against pests, enhanced growth and—or in the case of vegetables—enhanced flavor and yield. Another reason to do it is for aesthetics: some companion plants simply look good together. 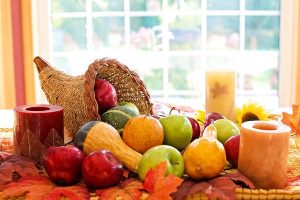 Native Americans knew all about companion planting: their three main crops—corn, beans, and squash, otherwise known as the Three Sisters—represented an effective implementation of companion planting, an agricultural and culinary tradition that endures today. The tall corn stalks provide support for the beans to climb, the beans fix nitrogen in the soil, returning an important nutrient to the soil for use by the corn and squash. The fast-growing squash vines with their large leaves spreading on the ground shade the soil (much like mulch), retaining moisture and preventing weeds.

The Three Sisters crops also complement each other from a nutritional standpoint. Dried beans are rich in protein; corn provides minerals and carbohydrates, and squash contains many other vitamins and minerals. The three crops together provide a complete and balanced diet.

But, there are many other examples of companion planting at its best: 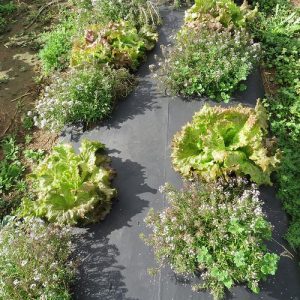 Judicious companion planting also conserves space: sow quick growing, cool weather vegetable crops, such as lettuce and radishes, among melons and winter squash. In that way, you can harvest the early maturing vegetables in time to make room for the spreading vines of those other crops. And, as mentioned above, the right companion plants can help you conserve water by keeping the soil moist.

Garden layout is important. Don’t plant a large patch of a single vegetable: that’s a flashing invitation to insect pests. In addition, try to plant plants that require different nutrients so they’re not all competing for the same resources. For best results, mix in flowers and herbs with your vegetables to confuse pests. Strong-smelling flowers such as marigolds serve to mask the scent of insect pests’ favorite targets.

What Not to Plant Together (‘Plant Combatants’)

There are some plants that shouldn’t be planted together, either because they compete for the same nutrients, they attract destructive pests or they emit a chemical that is harmful to other plants. Also, be careful not to group plants together that are wildly divergent heights because the tall ones will steal the smaller ones’ sunlight (unless, of course, that’s what you mean to do to, say, protect cool weather leafy greens). If you have limited space and have to plant different height plants together, be sure to plant the shorter ones to the south of the taller ones. Here are some examples of plant combatants:

Though the concept of companion planting may seem confusing and a lot to remember at first, as you spend more and more time in the garden, you’ll soon learn what works for you. Often, the ability of companion plants to thrive (or not) together has to do with your microclimate and your particular soil. And, sometimes, you’ll discover some surprises. For example, some weeds actually help garden plants by bringing nutrients from deep in the soil to the surface, making them accessible to your plants. That’s the amazing thing about gardening: every day is an adventure.